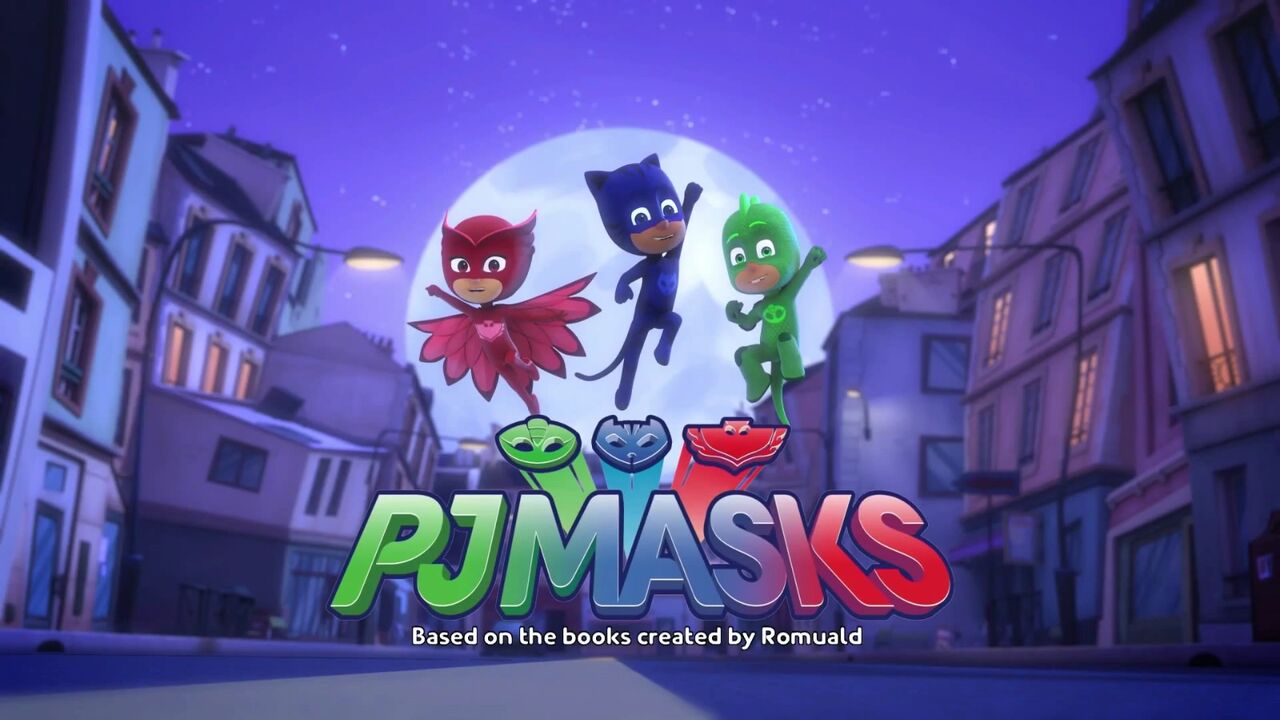 What's on your mind?

I've never seen this question before. Who would you befriend? And why? I would probably be friends with Luna Girl, because she's cool, nice to her friends and she reminds me of my childhood BFF

Does anyone know in which two episodes Anyu played these two flutes?

【Write it by myself】 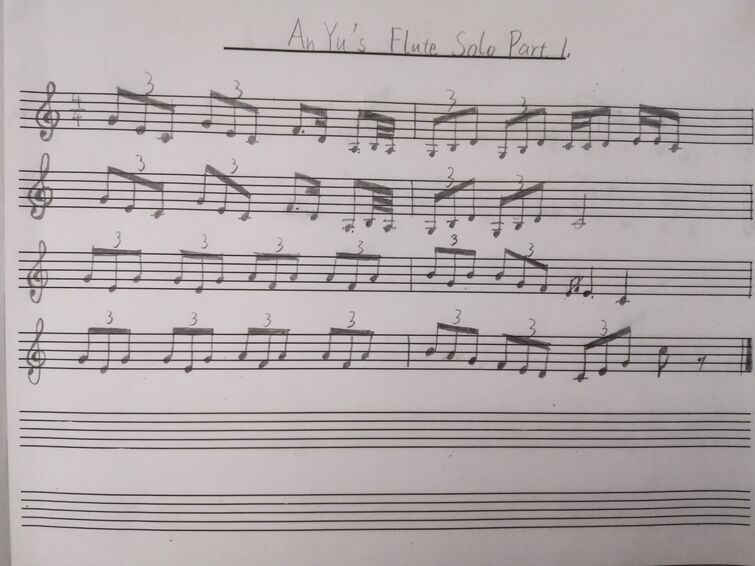 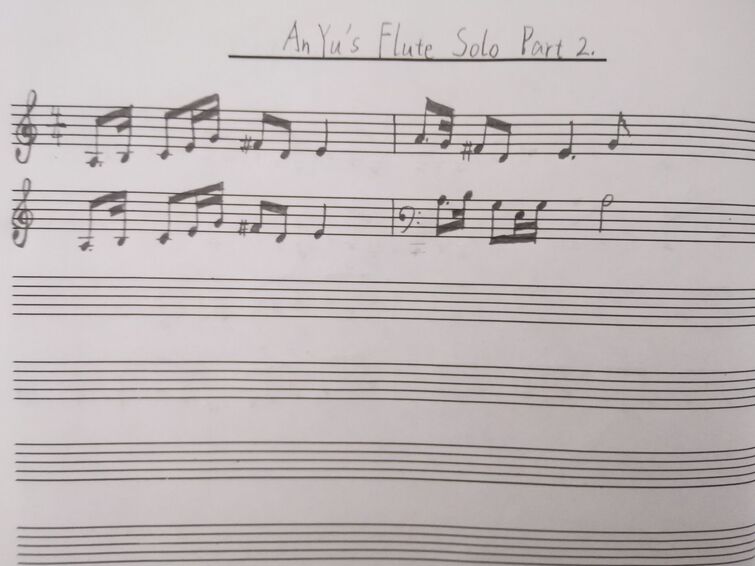 (edited by 一块小蓝冰吖)
An Yu

It's from the episode PJ Masks Vs. Bad Guys United

PJ Masks Vs. Bad Guys United
Converting the school bus into a Ninja bus
Making the teacher and the kids become ninja
Made the big statue of himself
Used the dancing flute during the disco at school
Other (write down below)

I was rewatching 《All About Asteroids》 and I noticed a funny thing!

At the beginning, I wondered how could Luna Girl have so many telescopes.Later I found that she kicked several telescopes are on the ground😂😂😂

So here comes the question...

Why does she have so many telescopes? 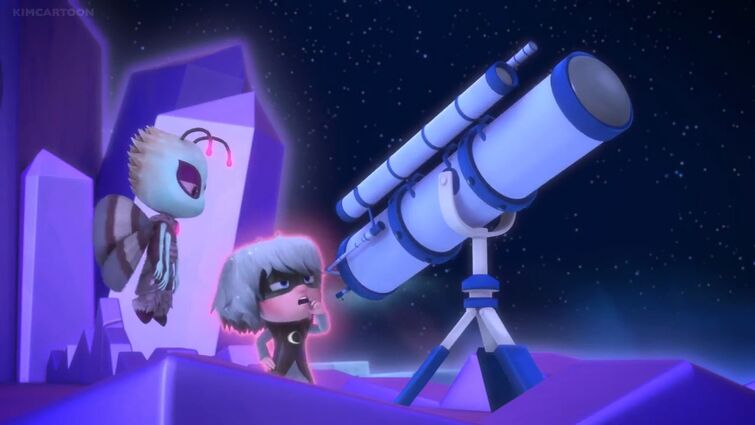 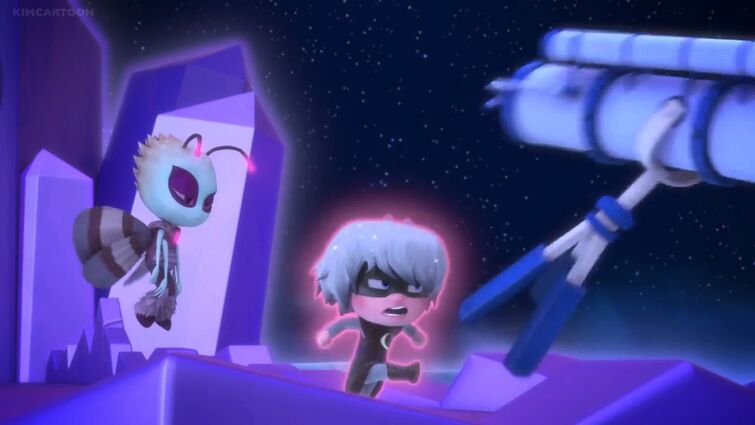 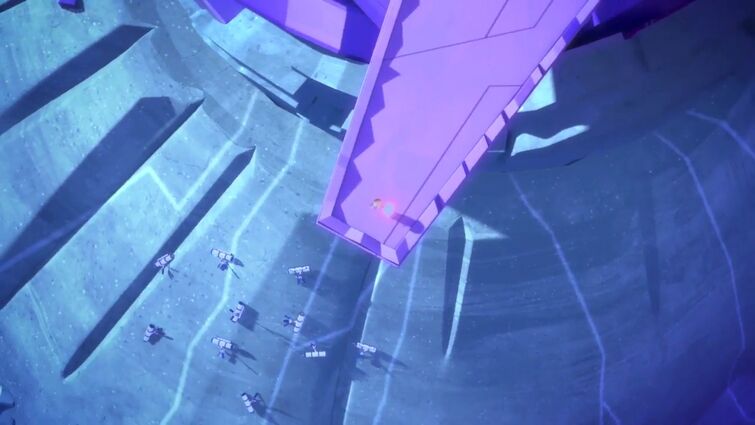 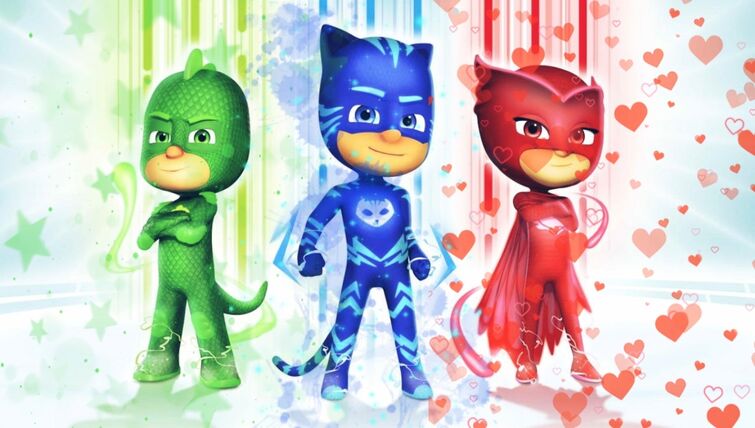 So you know this episode when Luna got angry and her magnet turned red and went to the moon? Yeah I was rewatching that one. I noticed a few things.

1. Know these portraits of Luna that are in Luna Fortress? Look:

They have red eyes. Woah. I like this little detail!

2. What would happen if Luna Girl got so angry before she got to the moon and built Luna Fortress? Would it still go there? Or did it go there because somehow it went where it was turned to Luna Wand? Or maybe it happened because she was mad at Motsuki and Owlette so it went to attack them? How does it work...?

3. Motsuki was kind of a jerk in that episode. No wonder Luna got mad at her. She made friends with her sister's enemy just to make her jealous and angry. Not cool, Motsuki!

4. Luna Girl is relatable to all kids with annoying younger siblings lol

When I was watching《Go Cat Go》, I can't believe it. I saw Anyu here.Only 0.01 seconds 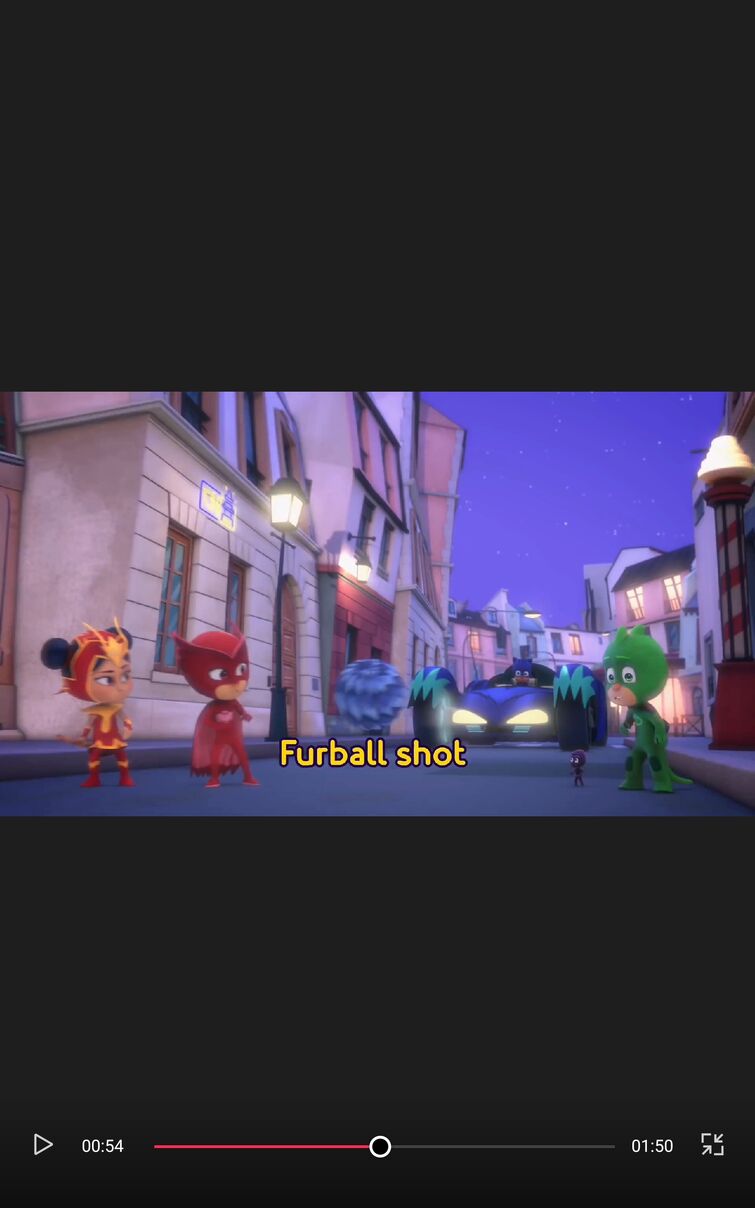 Every time I see Gray half a head shorter than Connor, I think it's very cute.This picture was made by a Chinese user. His online name is “山灰炭”

I'd like to say something else，Does anyone speak Chinese?It's convenient for communication😂😂😂 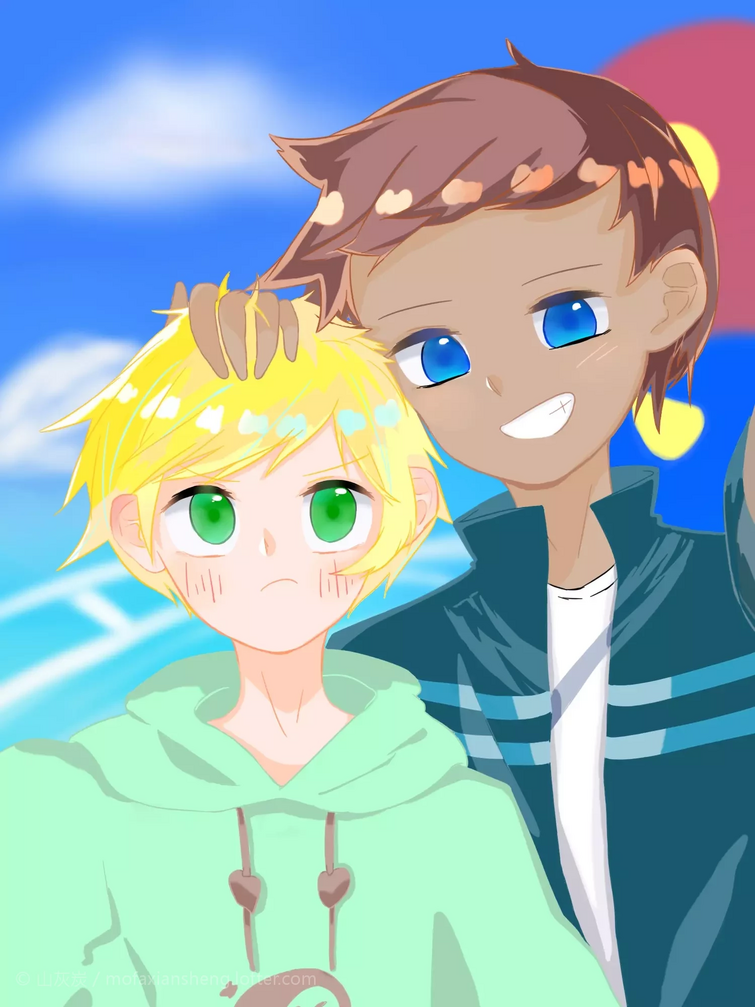 So, I thought if this AU where all the villains from seasons 2-4 and heroes swapped. Like for example Armadylan, Pj robot, and Kevin are evil while Howler and Rip our on the Pjs side so... I’m going to explain a few and how their personality’s would work.

Armadylan: He is destructive, not necessarily the brains of the operation and is more of an “I’m going to punch you and that throw you to the moon type of guy.” He tries to outdo the Pjs and often shoves Gekko around And seems to love harassing him.

Pj robot: He stayed on the side of Romeo, and he is more intelligent than both Robot and Robette he is chaotic and very hard to take care of because of his speed. He also seems to be more focused on the job than any other robot.

Kevin: He is a deceiver he acts like an innocent, forgetful, and sweet Wolfie, but on the inside is a vicious wolf with a great memory. He remembers the Pjs weaknesses and uses them to his advantage.

Rip: Is an bluntly honest wolfie she is a bit sassy and is not afraid to smack villains with the hurtful truth, her honesty is really helpful to the heroes she often corrects their behavior and she can admit when she messed up and is always the first one to apologize.

Howler: He is playful and helps the heroes with training and helps tire almost all the villains out even Night ninja admits it, but his playfulness can cause him to be distracted or sometimes be distructive.

Motsuki: Motsuki really wants to be a Pj mask and will do anything to become one even if it gets her in dangerous situations. She used to be a reluctant hence-moth until she got transformed in to her humanoid form. She realized that she gets to make her own choices and no one can stop her. She is the only one who can really catch Pj robot causing the two to have a bitter rivalry.

Do you guys have any ideas for other characters from season 3-4?

The song never appeared on the official channel of PJ Masks,Who knows its URL？Please tell me！By the way, I am a Chinese who likes PJ Masks. 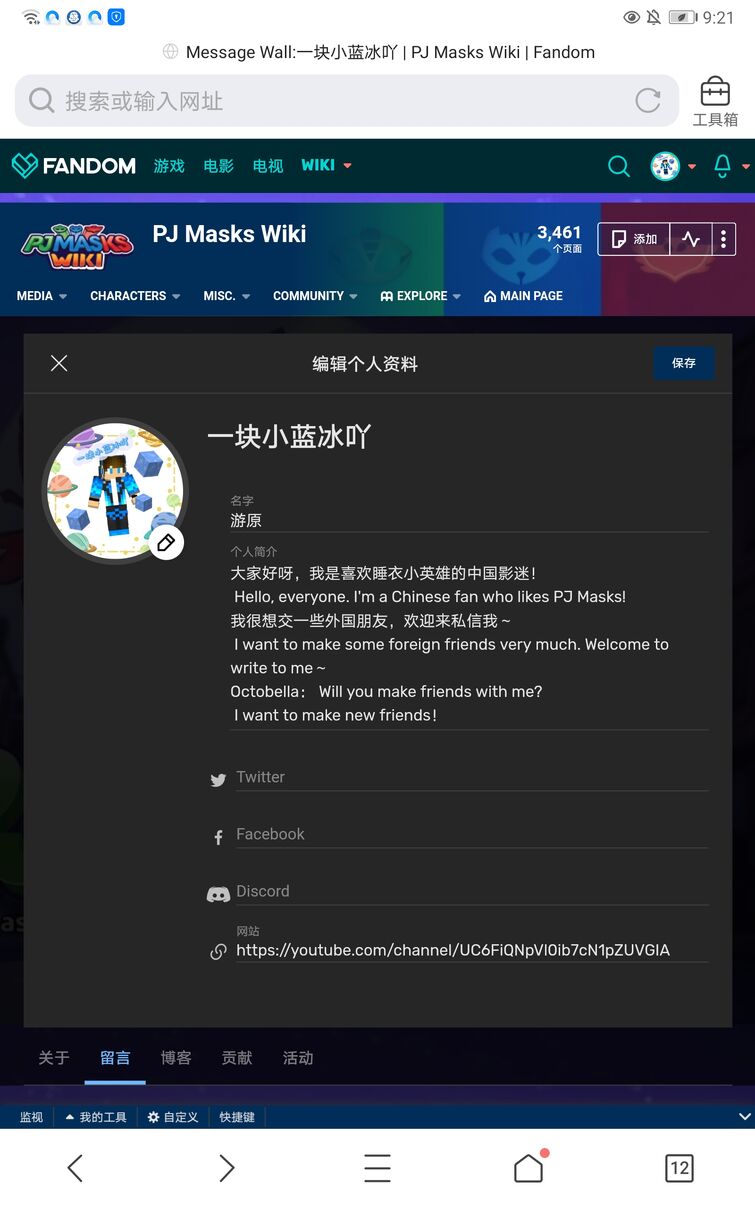 Villains of the Night
Guidelines